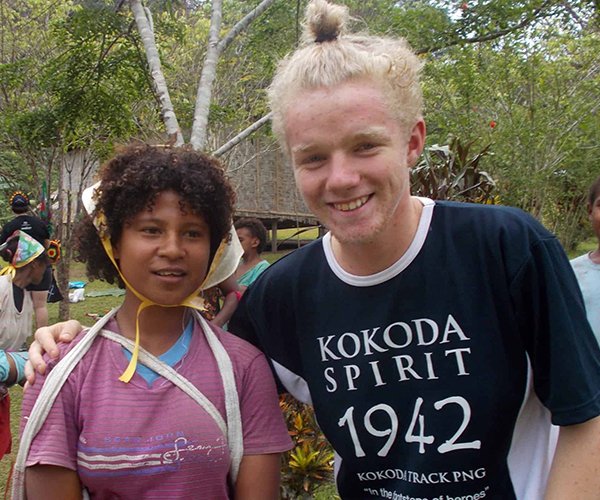 Rivers Watson is “100 per cent” grateful he grew up in foster care.

While initially, the idea of going into foster care was daunting the 19-year-old knew it was the best option.

Rivers openly admits that he did not come from the greatest upbringing, and the best way to describe
his situation was that he was being neglected.

During his nine years in foster care, Rivers said his three foster families helped him grow into the person he is today. Rivers still remains “very close” to his foster parents Judy Brinsmead and Dennis Berry, who he lived with for three years before transitioning to independent living.

He has a very close relationship with them, “I call them my grand¬parents because they treated me as family, like I was a blood relation. A good foster carer is someone who is loving and
welcoming, like they are.”

Rivers says he is as a result of his time in foster care an “all round better person, I am respectful and have learnt how to treat others.”

Rivers is very proud of his achievements, as well as living independently, he was a participant in the 2015 MASP Kokoda Youth Mentoring Program. He now has a job at Glow Nutrition, is a boundary umpire and has even undertaken public speaking to talk about his life and time in foster care.

Whilst Rivers admitted foster care was not always easy, it can make a huge difference to the life of a young child and he is a strong advocate for encouraging more people to become foster carers. “It’s important that we have foster care so that kids don’t end up on the street, don’t do the wrong thing and so they have a more stable and secure future.”

“I am 100 per cent grateful I went into foster care and for the ongoing support MASP provide.”